END_OF_DOCUMENT_TOKEN_TO_BE_REPLACED

08270903 Hugh Hewitt: Hour 3 – After a replay of the Mark Steyn interview, Hugh talks health care and the passing of Ted Kennedy with the Young Guns.

END_OF_DOCUMENT_TOKEN_TO_BE_REPLACED

08270902 Hugh Hewitt: Hour 2 – Hugh catches up with a Louisiana pastor named Mike Hogg who we helped in the aftermath of Hurricane Katrina to see how New Orleans is four years later. Later in the hour, Hugh talks with humorist, blogger, columnist and blogger oddly enough about breakfast cereal.

END_OF_DOCUMENT_TOKEN_TO_BE_REPLACED 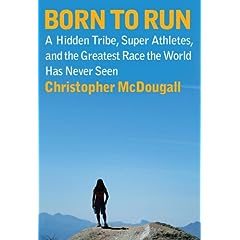 The best book on running in many years.

END_OF_DOCUMENT_TOKEN_TO_BE_REPLACED

Since 9/11, I have made a practice of trying to conduct an in-depth interview with every author of every book I consider crucial to understanding the war in which the West is engaged. I call these books collectively “The Necessary Bookshelf,” and frequently urge my listeners and readers to begin their study of them as soon as possible.


Many fine books do not make this shelf because I realize that time is limited. These are the books that every decision-maker ought to have read, and anyone who thinks to opine on the future conduct of the war is unqualified to do so if they haven’t bothered to read even this basic course on the global conflict that rages on. These books are not about score-settling, second-guessing or self-defense. They are all about what the West faces and how that future ought to be confronted.


I will list all of the books below, but want to draw your attention to the most recent addition to the shelf, Dexter Filkins’ brilliant, riveting and deeply disquieting The Forever War, now making its way up best-sellers lists. Filkins is a reporter for the New York Times, and The Forever War is a memoir of his first eight years covering the war in Afghanistan and Iraq. Very, very few people have seen as much of the front lines as Filkins, and only a handful have the talent to convey those lines to the people of the west.


I spent two hours with Filkins on yesterday’s radio show, and the podcasts of those hours are available here and here, and the transcript here. The book is a journey back to the beginning of his assignment to Afghanistan in 1998 and forward through the long years that followed there and in Iraq, but yesterday’s interview was more than a preview of the book, it was also an epilogue of sorts as Filkins is just back from Pakistan, and his report should leave you much more alarmed about Waziristan than market turmoil. Markets can recover from sharp losses. The West may not be able to recover from a Pakistan engulfed by a rising Islamist extremism and Taliban hegemony along the border with Afghanistan.


The Forever War is a clear-eyed, unsentimental look at the horrible brutality of the Taliban and Saddam, and a first hand account of the extraordinary difficulty of rebuilding societies shattered by their distinct but equally deadly forms of cruel barbarism. It can evoke tears for the victims, and a deep sorrow for the lost and wounded American soldiers, sailors, airmen and Marines who have sacrificed so much in the course of the battles. The insanity of post-invasion Iraq is carefully recounted, as is the extraordinary courage and commitment of our military as well as of the tens of thousands of Iraqis who have stepped up to try and save their country, often only to be slaughtered by the fanatics from both the Sunni and Shia ranks. The marvel in Filkins’ voice at the changes that have come to Iraq in the past two years is a testament to the reality of the massive progress there, but the menace of what has gone before and might return as well as that of what lurks in the remotest regions of the “Pashtuland” cannot be missed. The presidential campaign seems absurd given its neglect of these crises. Filkins has done his part. Now the rest of MSM needs to read him and start pushing Obama and McCain on their plans for combating this menace.


But one book, even one as superb as The Forever War, cannot begin to convey the complexity and difficulty of the peril at hand.


The Looming Tower by Lawrence Wright.
The geneology of al Qaeda –where it came from, and what it wants.


The Nuclear Jihadist by Douglas Frantz and Catherine Collins
How Pakistan came by its nukes, and the other countries that might have them as well.


Dreams and Shadows by Robin Wright
A tour of the dictatoriships of the Middle East.


Legacy of Ashes by Timothy Weiner
An account of the sixty years of blindness on the part of our intelligence community to the threats that have and continue to confront us.


Moment of Truth in Iraq by Michael Yon
The turning of the tide, and why it happened.


The Crisis of Islam by Bernard Lewis
The way back and why it matters today.


World War IV by Norman Podhoretz
The broad landscape of the ideological war.


Faith, Reason and the War Against Jihadism by George Weigel
The religious fanaticism of the jihadists, and how MSM must come to grips with it.


America Alone by Mark Steyn
The demographics and their impact on the long war.


The Pentagon’s New Map, by Thomas P.M. Barnett
Where the disconnected must be connected


The Soul of Battle by Victor Davis Hanson
How the West wins the wars it must win.


Many of these books are from MSM reporters, and some from writers identified as from the left, some from the right. What unites them is seriousness of purpose, very fine and often funny writing, and hard cold facts about the war and the Islamist movement.


It isn’t too much to ask our elected leaders and talking heads to at least try to be informed of that on which they legislate and opine.